Serving as the VP of Marketing at Suncoast Window Films and Shades, Michael plays a major role in developing and implementing a cohesive marketing plan to increase brand awareness. Through his commitment to this role, Michael has helped Suncoast improve the overall online visibility of the company.

Prior to his current role at Suncoast, Michael worked as the Director of Inside Sales where he implemented and lead a streamlined sales pipeline management process resulting in the overall sales volume increasing from previous years.

In his spare time, Michael reminisces on where it all went wrong, fights the urge to eat a pint of chocolate ice cream, and agonizes over why his beloved Florida Panthers can’t win in the play-offs.

We sat down with Michael and asked him a few questions.

What was the worst job you ever had?
I’ve had a few bad jobs in my day, but the one that immediately comes to mind is a company I worked for when I was fresh out of college. The job required me to deliver baby cribs, strollers, playpens, etc. to people’s homes. It was an interesting concept, really. People don’t often travel with these items, so instead of going out and buying a new car seat they would rent one for the duration of their visit instead. The driving and delivering wasn’t the bad part of this job, though. It was really the warehouse conditions and ownership that made this particular job one of my worst.


Which decade do you love?
The 80’s. It really was a great time to grow up in.

What was the worst style choice you ever had?
In the early 90’s I used to get a perm.

There really is nothing else that can be said here.

What’s your favorite line from a movie?
The movie Sweet Home Alabama is (very) loosely based on my marriage. The wife and I dated back in high school, but after graduation we went our separate ways. Twenty three years later we reconnected via LinkedIn and we’ve been together ever since. It’s been thirteen years now we’ve been together.

I have two favorite quotes from this movie.

“You can’t ride two horses with one ass, sugarbean.”

Who was your childhood actor crush?
That would be Courteney Cox, when she was on Family Ties in the late 80’s.

Have you ever been told you look like someone famous?
People used to tell me all the time I looked like Emilio Estevez.

What’s your favorite TV show?
I like true crime shows and the Hallmark Channel. I can easily switch back-and-forth from gruesome murder to cheesy love story with the push of a button.

What do you like most about your job?
What I like most about my job is that it doesn’t feel like a job. It is very laid back and a lot of fun to go to work, and the people here are more like friends and family than co-workers. 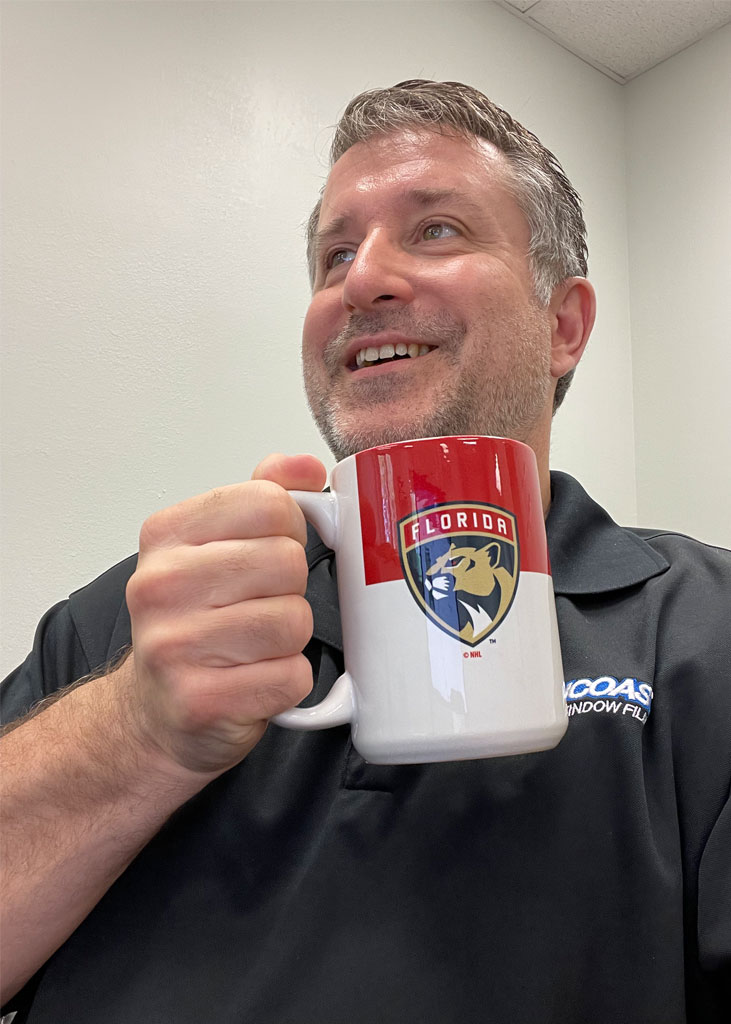