The two-story colonial revival house that Sarasota luminary Harry Lee Higel built of pecky cypress and heart pine for his family in 1915 has just received an application of 3M’s Night Vision Window Film.

Suncoast Window Films is no stranger to historic properties in the Sarasota area.  Extensive product knowledge and experience earned Suncoast the opportunity to install their high-performing 3M window film on this historic residence built by Harry Higel in 1915.  The current owners were seeking film solutions that would reduce annoying glare and heat intrusion while preserving the property for years to come.  Our Sarasota based Sales Manager, Merryl Koven, worked directly with the client to pair them with the perfect 3M window film and the client couldn’t be more satisfied with the outcome.

History of Harry Higel and The Home

The house as Higel built it was a 20-by-30-foot dwelling with a center staircase leading to three small bedrooms upstairs. It was about 1,500 square feet. It was always envisioned by Higel as part of a residential waterside development called Siesta on the Gulf and he unofficially gave the name of Siesta Key to the barrier island known as Sarasota Key. The land for the development (79 acres) was part of an inheritance that came to his wife Gertrude Edmondson, who was a granddaughter of the earliest Sarasota settlers William and Jane Whitaker.

Higel also built the grand Higelhurst hotel on Big Pass in 1917. Luxurious but constructed of wood, it burned down a short time before the bridge to Siesta Key was finished, bringing cars, tourists, home buyers and prosperity to the barrier island.

But Higel’s other successes and his legacy are substantial. He bought and sold real estate, developing much of Siesta Key, was an agent for the steamship between Sarasota and Tampa and later owned a steamship service. His boat was The Vandalia. He was the area’s first retailer of gasoline and kerosene and an agent for Gulf Oil. He established a post office, built a town pier as well as the Sarasota Yacht Club where he was its first commodore. Higel helped bring telephone service to town, worked for better roads to Venice and gave the land for the First Methodist Church. He owned three of the five lots at Five Points.

Higel was a director of the Bank of Sarasota and on the board of the Seaboard Air Line Railroad. He served five terms on the town and then city council and three terms as mayor of Sarasota.

A man celebrated and admired during his lifetime, Harry Higel came to a tragic end on January 16 (his wedding anniversary), 1921, when he was discovered on the side of Beach Road near Siesta Key village fatally beaten. He died en route to the hospital. Higel was 53. A rival, Rube Allyn, was arrested and jailed but evidence was circumstantial and after two months, he was released. The murder of Harry Higel remains unsolved. He left a mother, wife and three children. His funeral was the largest and most grand Sarasota had seen and he was laid to rest in the Rosemary Cemetery.

Gertrude Higel sold the family home in 1934 and over the years the house was added to indifferently by several owners. Then, John and Deborah Dart, a lawyer and an artist respectively, who have a passion for history and a weakness for old homes, rescued the Higel house in 1983 and restored it. The house had been empty for two years when they took possession.

The Darts dismantled haphazard additions. Matching materials to the old part of the house as close as possible, they returned a metal roof to the house, restored the upper porch which had been enclosed for a bedroom, refinished the pine floors and cypress ceilings, replaced windows and doors with salvaged material of the time period. The Darts did most of the demolition themselves, rebuilding the fireplace, sanding, painting and ripping up layers of linoleum. They had to remove all the windows while the walls and ceilings were sandblasted.

With contractor Pat Ball, the Darts did a two-story addition at the back of the house, which included a new kitchen, central heat and air conditioning. In 1987, Jay and Laura Crouse bought the historic residence from the Darts, who have gone on to rescue and restore several more well-documented vintage homes in Sarasota.

When Jay and Laura Crouse moved from Atlanta to Sarasota, he was excited about the change of scene and lifestyle. Jay Crouse had just closed his art gallery and was looking for something new to interest him. Laura didn’t want to move. “My family was in Atlanta and I was happy there,” she said. “And when we visited Sarasota for a vacation, I wasn’t thrilled with stucco homes and lanais. And I definitely did not want to live on water or have a swimming pool because I had three little boys who could not swim.”

But Jay made two more trips to Sarasota scouting places and he happened upon the Higel house in April of 1987. “He brought me to this property and honestly the feeling I had about this house was that it was magical and I didn’t even know its history at the time,” said Laura. “I fell completely in love with the house and the setting.

“It was on water and a year after we moved in we added a swimming pool. So much for my fears. Our whole family willingly embraced the Sarasota lifestyle and took swimming lessons. We were in the water or on the water all the time. I love to watch the sunset from our boat.”

Eventually four sons and a niece made up the family that grew up in the Higel house and went to Out-of-Door Academy where Laura volunteered. Additionally, she worked as an educational consultant and got a nursing degree. In 2013 Jay Crouse authored a book, “Men and The Church: Is There a Future?” and he found his calling in ministering to young men. The couple have been prominent philanthropists supporting education and the arts.

The size of the household and the number of friends and out-of-state family who gravitated to the Higel house led Jay and Laura to work with architect Frank Folsom Smith to design a detached guest lodge that matched the materials and style of the historic 1915 house. The sleeping loft in the lodge has always been an instant favorite with every child who walked in and was temped by the ladder.

After living in the Higel house for 31 years and being able to see their two grandchildren enjoy holidays at the house the way their sons did, Jay and Laura Crouse are ready to downsize to a smaller home and move to another city, Charleston. TheThe new owners plan to preserve this piece of Florida history while enjoying an ideal home in a perfect location. 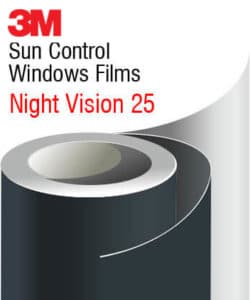